Everything You Didnt Notice in Edward Scissorhands

Cinema’s favorite tree trimmer has captured the hearts of Tim Burton fans all over the world. Edward Scissorhands is a cult classic, still bringing in tons of viewers every Halloween season and year-round. The legendary duo of Tim Burton and Johnny Depp has made this movie a timeless piece of cinema that is sure to become a favorite.

Whenever a movie is produced, several small details go unnoticed by the general viewer base. In the case of Edward Scissorhands, this video provides us with some fun facts that we probably didn’t know about the Burton classic.

If you have seen the movie, you will remember how Edward cuts the fur of all of the neighborhood dogs. Since this movie was made in the 90s, the dogs actually had to get these haircuts for the final cut (no pun intended) of the film! Additionally, Johnny Depp had to go through 2 hours of makeup every day for 4 months of shooting Edward Scissorhands. On top of that, he had to wear the iconic rubber and latex suit in extremely hot weather. The filming of the movie also had to take into account the swarm of summer bugs on set. 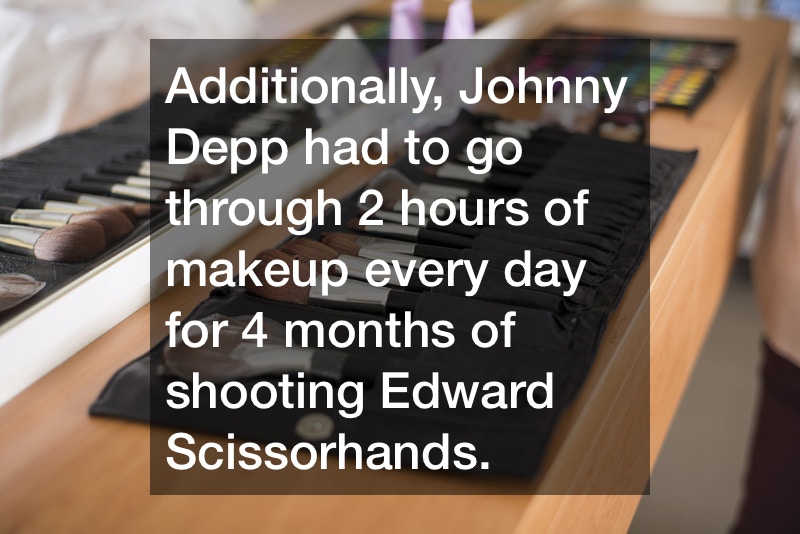