Getting Too Close to a Tornado

Scott Peake is a storm chaser who has nerves of steel. Recently, he was chasing a tornado in Gilmore City, Iowa. This destructive tornado cause lots of damage. This included someone barn roof. They are going to need major roof repairs after this catastrophe. In this video, you will see the tornado and the destruction up close.

Storm chasers put themselves in harms way to get vital footage and scientific readings of tornadoes. This video starts with Scott desperately trying to back up his car when he realizes that he is too close to the twister. This tornado seems to be a large one. This storm chaser is close enough to actually see the dust being sucked into the vortex. It is an incredible and yet terrifying sight to behold. Later in the video, you can see the tornado cross a road and hit a barn. Pieces of the roof and siding are ripped off and tossed around. Some of the debris lands not far away from this brave storm chaser. For a second, it looks as if the tornado is going to hit a semi-truck. Thankfully, it was just able to escape in time. 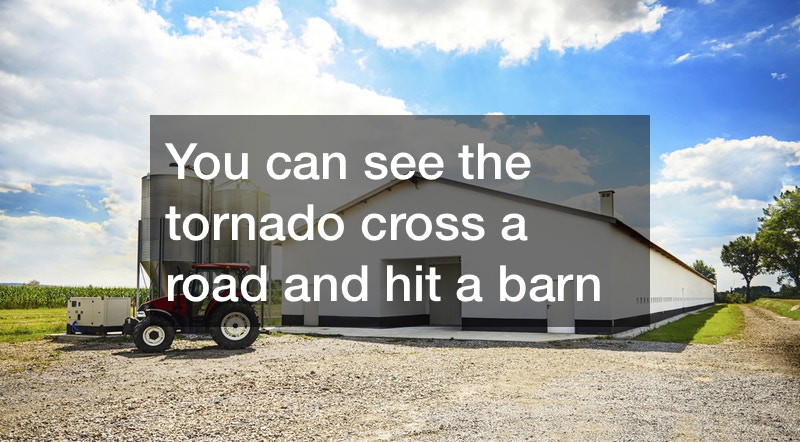