Everything You Didnt Know About Ace Attorney

Ace Attorney is one of the most successful legal simulator games on the market today. Have you ever wanted to be a lawyer, but without all of the boring parts and the extensive years of training and schooling? Well, this award-winning simulator RPG gives you all the action you need. Not only has Ace Attorney dominated in game sales, it has also made a big name for itself in popular culture.

In this video, we will look at a ton of fun facts about this popular game.

Phoenix Wright: Ace Attorney was originally supposed to be a game centering around a private investigator, but was later changed to a courtroom game. While the game was still in production, the developers where debating on quite a few names, such as “Naruhodo’s Screaming Trials,” “Boogie-Woogie Innocence,” and “The Beautiful Verdict.” While the first game features a case with the popular Edgeworth, the game developing lead thought that new prosecutors should be introduced in the second game to prevent too much repetitive gameplay. Finally, Godot was originally supposed to drink bourbon in the courtroom, but the developers changed his drink of choice to coffee instead. This was to prevent any bad influences on young players. 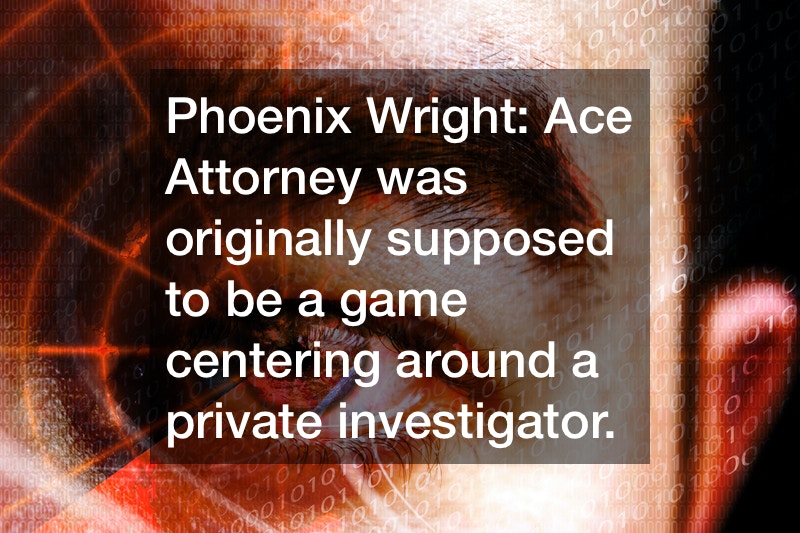